More Than A Cowboy Boxed Set

Strong and Steady plus Rough and Ready in one! Warning! This set has two super protective, super hot alpha males who will stop at nothing to protect their women.

STRONG AND STEADY:
They don’t call him The Outlaw for nothing.

Grayson Green’s nobody’s hero. He’s just a hard-working cowboy who’s taken his share of knockouts over the years. A man intent on keeping to himself and leaving his past behind. Then Emory walks into his life. She’s different. She has no idea who he is or what he’s done… and she wants him anyway. When someone from his past is prepared to take him down—and Emory along with him—he’ll have to prove he’s more than a cowboy.

ROUGH AND READY
When a rough-edged bad boy takes on a straight-laced college professor, can they both win the fight of their life?

Reed Johnson grew up on the streets rough and ready with his fists to survive. These days, all his fighting now is done in the ring. With The Outlaw as his coach, he’s way more than a cowboy. That was enough for him, until he meets his new neighbor.

Harper Lane’s running from a dangerous past, but no matter how hard she tries, it follows. This time, she’s not alone. She runs right into the arms of Reed. She’s his now. His to protect. His to save. To do so, he’ll have to return to the life he’s left behind. But the brainy PhD is worth the fight and with her, he’ll be ready for anything. Even something he never thought he deserved. Love. 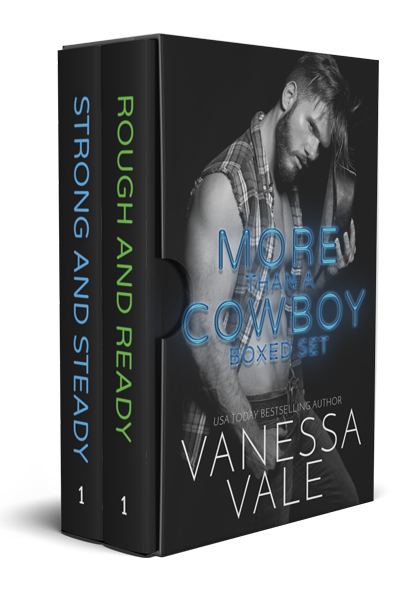